T5 Hardcore have made a lot of waves in the last few years making their way into publications like mens health, and being one of Amazon's top selling products.

It's probably not all too surprising that a lot of people are interested in getting some assistence losing weight. But, the real question is whether or not T5 hardcore is up to the task.

There is definitely some truth to the claim that it's going to help, but the real question is how much, and if your money would be better spent elsewhere. T5 have been around since 2004, and it's one of the first fat burning products tried by a lot of people including some of our team.

What Does T5 Fat Burner Do?

T5 Fat Burners are very heavy on the stimulants, so they make you move more and raise your body temperature making you burn more calories, but they're not very effective as appetite supression.

Is T5 Hardcore For Men And Women?

It is marketed as being for both men and women, but we'd say that it's more suited towards men. Although it's anywhere near the top of our best fat burners for men list. It is a notably budget option though, and there's a lot bet options on the market.

They aren't a proprietary blend so the ingredients are all clearly listed and they are all safe for human consumption. But, always make sure to check the label for allergens.

Overall there's much better fat burners available on our best fat burners for men list, and we'd recommend you try one of those.

If you want something stimulant heavy we'd recommend instant knockout.

And if you want something stim light, we'd recommend Hunter Burn instead.

As we can see from the ingredients list, it's heavy on the stimulants, green tea does have the benefit of catching some fat libids before they're digested, but the coffee, caffeine anhydrous, kola nut extract and vitamin B6, Guarana Seed and L-Tyrosine are all energy boosters.

Chromium is used in the removal of excess sugar from the body, and is a pretty beneficial mineral overall, but is not the most essential ingredient. 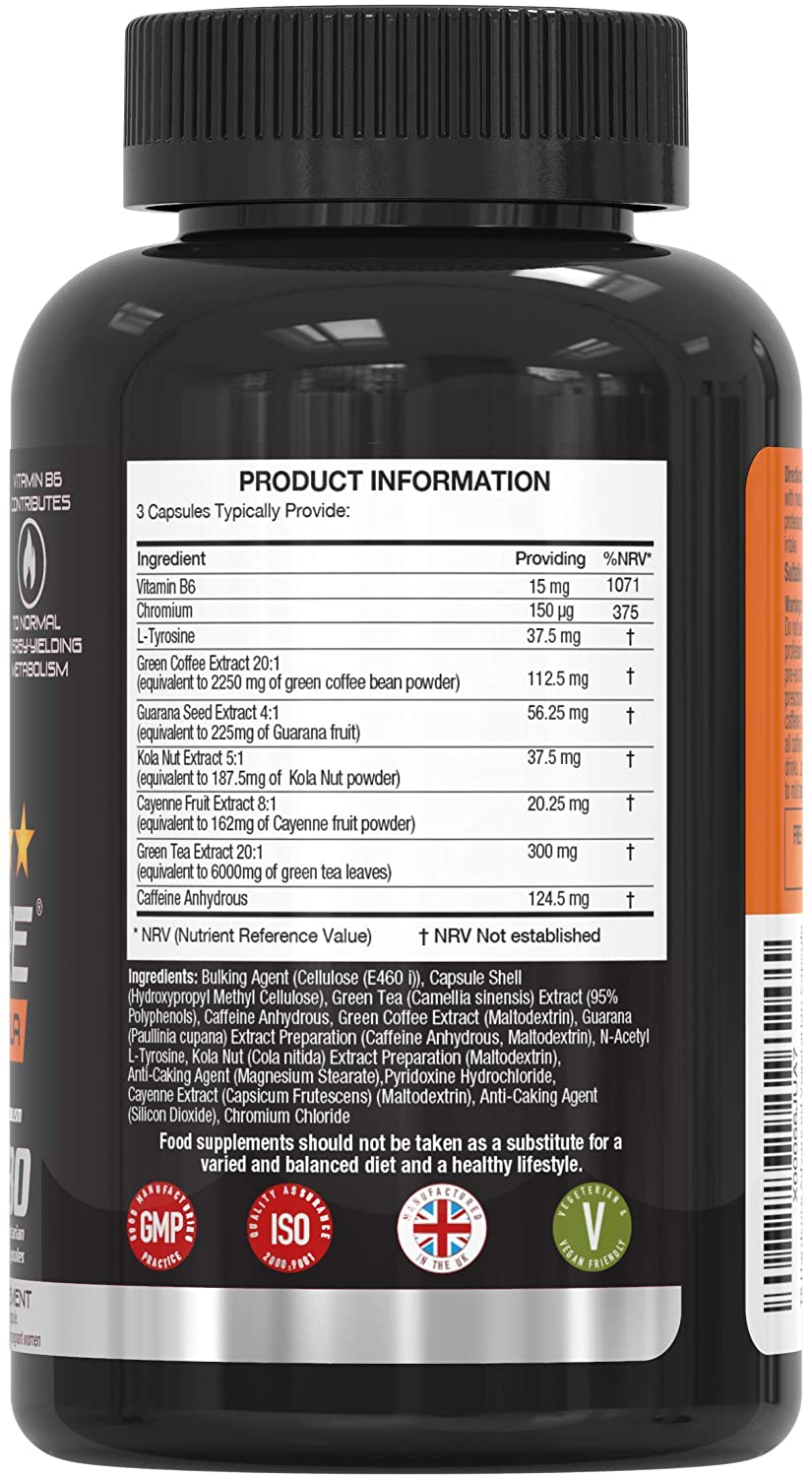 So, as budget options go, T5 isn't bad, but there's way better fat burners on the market, it's very popular because it's been around for a long time, but we'd recommend that you check out our best fat burners list unless you're on a tight budget, because T5 isn't great.

It misses out on having any effective appetite suppression ingredients, but we do like it for it's low price point.

Check Out Our Best Fat Burners List For Other Options